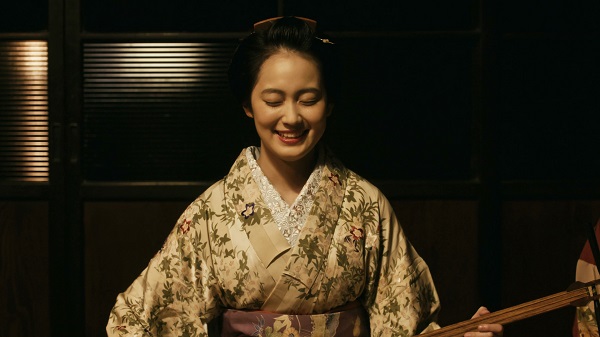 Running Time：13:30
＊It will be screened with audio guides, during the period.
＊Accessible screening with caption subtitles, Apr. 9st, 10st, 16st, and 17st.

Haru went blind as a 3-month-old baby and then lost her father when she was 2 years old. Because she had lost her sight, she became an itinerant shamisen player, or Goze, at the age of 7. From that point on, her mother, Tome, became unsparing with Haru, although her strictness was rooted in a deeply concealed motherly affection. Unaware of her mother’s real feelings, Haru went on to travel for the first time with the Goze master Fuji when she turned 8 years old. That same year, Tome succumbed to a disease which finally proved fatal. However, during her bereavement, Haru did not shed a single tear for her mother, as she felt Tome had always bullied her.
Her harsh wandering lifestyle imbued Haru with the toughness to survive as a Goze and the fortitude to bear with the evil treatment she received at the hands of the ironhanded Fuji. However, she developed the true spirit of Goze under the nurturing master, Sawa. Haru declared, “When you walk with good people, it is a festival. When you walk with bad people, it is training”.
Haru became a Goze master herself after overcoming various difficulties and then took on a young disciple called Hanayo. The strictness of the training the naive Hanayo was subjected to gave Haru flashbacks of the harsh days when she herself was being raised and trained by her mother. The realization came upon Haru of the true depth of compassion her mother Tome had actually shown towards her child. “Thank you... mother..."
Haru belatedly shed tears of gratitude to her mother. 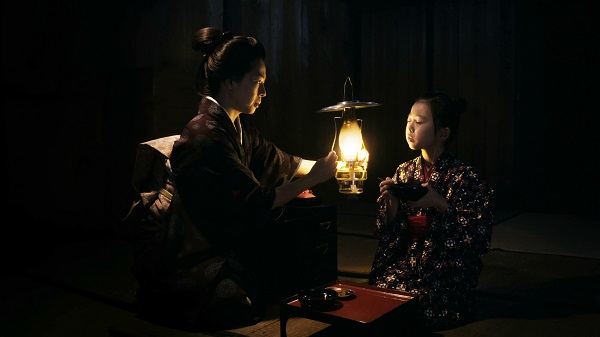 ■WHAT’S GOZE
Closely called Goze-san, "blind female travel entertainers” who visits various places while performing narrative songs by playing shamisen. They were left to a master called Oyakata from an early age and were rigorously trained to live as Goze.

For the village where Goze visits, it is “a special day” for them. The entertainment they bring heals the villager's daily fatigue and cheer them up. One person who still has their sights is placed at the front of the row to leads the group of 3 or 4 of them, lining up from master to disciples. They would walk holding a cane with a right hand to watch their steps and with their left hand they would hold on to the shoulder of the person in front so they would know where to go. As they passed over rivers, paths, and bridges to reach the village, people would welcome them with a sense of awe believing it's a god's blessing that they have arrived.

The village headman would provide a place for the Goze and villagers will gather together to enjoy the songs played by the Goze. Goze did their best every time and also villagers showed their gratitude by giving them an offering even if it's slight. Goze and villagers could reach out to each other's hearts and created a rich and enjoyable time together.

The shamisen that Goze plays was not only a narrative of old Joruri, trendy popular songs, folk songs, but also events and disasters that convey movements of the local area and the people who live far away. Goze also worked as a role of sharing information and news. They found it worthwhile to perform the plays that would please people, therefore continued the tough tour while passing through snowy field and path that require a cane to travel. Eventually, Their works created a unique art called “Goze”, and it formed its own culture. It is said that there were Goze all over the country until the Edo period. In the Meiji period, only two groups were left in Echigo and Niigata: the Nagaoka area and the Joetsu Takada area. In the Nagaoka area, Kobayashi Haru 1900 (Meiji 33)-2005 (Heisei 17), in the Takada area, Kikui Sugimoto 1898 (Meiji 31)-1983 (Showa 58) were the representatives and they have been through Toyama, Nagano, Kanto to Fukushima and Yamagata. Both of them have been selected as an important intangible cultural property and have received the yellow ribbon medal.

Although Goze is a world of abstinence which is only women exist, during a travel joy and love coexisted. The painter Shinichi Saito painted Goze in oil paintings, Tsutomu Mizukami, the writer took it in his literary works, and the beauty of the end of Goze was expressed in movies and stage play but Goze disappeared because of modernization started in Showa ’50s.

However, now the movement of the traditional culture that people with visual impaired has played is quietly occurring, and it is attracting attention to Goze again. Concerts by healthy people who inherited Goze songs, tours that follow the footsteps of a Goze, and an accommodation experience under the snow. There are a lot of people gather each time for a Goze-related event in various places, to experience the footsteps of a Goze. 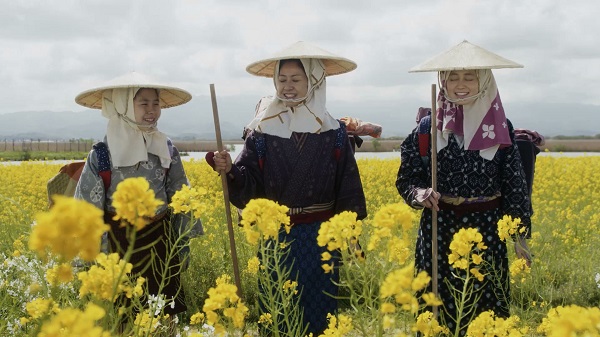 The schedule is subject to change. Any further changes will be announced.