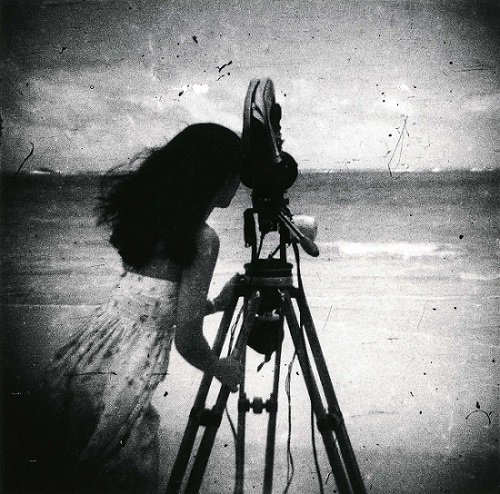 Watching the Ocean, from HITOHONE 1976
2F

Kurigami Kazumi – portrait of a moment

An outstanding commercial photographer, KURIGAMI Kazumi (1936- ) continually incorporated new forms of expression in his still and video works during the 1970s and 1980s, resulting in countless images from his work remaining impressed on our memories to this day. There are his commercials, including the 'Fairlady Z' for Nissan, 'Jackal' for Sony, 'Old' Whisky for Suntory, 'Regno' for Bridgestone, 'Professor Hawking' for NTT DATA, etc., then there are also his portraits of such people as Robert Frank, RYU Chishu, Keith Richards, etc., and his first motion picture, 'Gelatin Silver, Love' (2009), but how did he develop the aesthetics that allowed his images to become seared into our minds in this way?

This exhibition features snapshots he took as personal works during the course of his daily life from the 1970s to the present day, offering an opportunity to approach the striking sense of beauty that forms a common thread that runs throughout his work. The works shown here have been chosen from among the tens of thousands of pictures, including his life works, such as the 'HITOHONE' series, in which the monochrome images, that seem to depict fading memories, contrast impressively with the powerful tones of the color works, and his 'NORTHERN' series, which consists of photographs he took on a journey back to his old hometown, etc.

In the lobby of the gallery we will present a special corner where you can review all the images in his 'Diary' (2009) portfolio, that he created using photocopies of 357 of his photographic works. In addition, material connected to the artist will be displayed in the library, café and lounge, where visitors will be able to view it at their leisure.

The artist often says, 'the subject of my pictures is the object of my love' and so his works can be said to represent an accumulation of love and time. We hope that you will be able to come into contact with the works in this exhibition, that represent only the tip of the iceberg that is KURIGAMI Kazumi's creativity, and that these photographs will provide an opportunity to gain a renewed hint of time, existence and relationship.