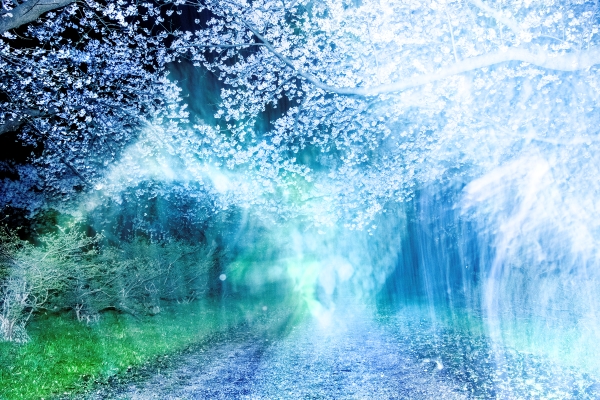 The Contemporary Japanese Photography exhibition has been held since 2002 with the goal of offering support to people with creative spirits who strive to expand the possibilities of photography and the moving image, discovering promising new artists, and providing a venue for new artistic endeavors. The 2020 event, the 17th in the series, has the themes of “light as symbol” and “the power to transcend the here and now,” and presents works by five innovative artists or groups (six people in all) working with photography or video.

We live in an era of rapid social change, an era in which existing models and conventional value systems are in constant flux. As we grope toward an uncertain future, it is often difficult for people to form clear visions of that future and hold on to their hopes and ambitions. In times like these, art has the potential to shine light into the darkness, bestowing the intuitive power to see through webs of complexity, and the vitality we need to move toward tomorrow.

Light is many things: an essential element of photography and video, a ubiquitous part of our daily lives, and a symbol of hope. The artists featured in this exhibition make light itself a crucial element of their work, developing their own highly original visions of the world around them and presenting them as works of visual art. These works not only hold mirrors up to reality, they also embody unique worldviews, conveying ways of grasping and interpreting a constantly changing present. They are sure to resonate in viewers’ hearts and minds in diverse ways and may deliver fresh insights into our future and ways of facing it.

We hope that from the photographic and video works by these five up-and-coming artists or groups (six individuals in all), viewers will absorb the power to transcend the here and now and envision a future beyond, which in our current world, overflowing with light yet immersed in uncertainty, is more necessary than ever.

Iwane Ai
Born in Tokyo in 1975, Iwane studied at a high school in California, USA in 1991. After returning to Japan, she began her career as a photographer in 1996, and since 2006 she has been focusing her attention on the culture of ethnically Japanese people in Hawaii. Since 2013 she has been partly based in Miharu-machi, Fukushima, and her work in recent years has mainly dealt with the connection between Hawaii and Fukushima through the lens of immigration. In 2018 she released the photo book KIPUKA (Seigensha Art Publishing), and in 2019 she won both the 44th Kimura Ihei Photography Award and the 44th Ina Nobuo Award. Iwane also served as Associate Producer on the documentary film A Song from Home (directed by Nakae Yuji, 2019). In this exhibition she presents works from her best-known series KIPUKA, which has been ongoing for 13 years, as well as from a new series never before exhibited. 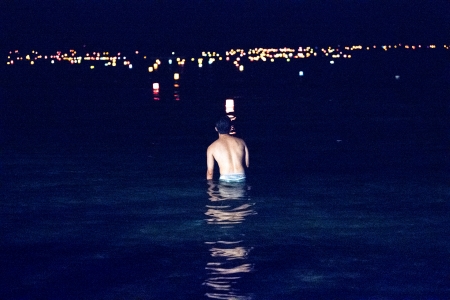 Akashika Maya
Born in Osaka Prefecture in 1985, Akashika graduated from Kansai University in 2008. In 2010 she completed the photography program at Visual Arts College Osaka. Her 2011 work Eating Wind won the 34th Canon New Cosmos of Photography Grand Prize. Based in Osaka, she has been showing work in solo and group exhibitions in various locations including overseas. Akashika weaves a unique narrative world in which reality and fantasy intermingle, while tuning in to sympathetic vibrations among various kinds of imagery including verbal accounts of dreams, photographs, pictures and sounds. This exhibition is the premiere of her new series, Building the Ice World, depicting a journey in pursuit of the wonder of a child’s heart and a sense of transcending time and space.

Akashika Maya, And Do Not Forget. That It Was Transparent., 2020, Collection of the Artist

Hishida Yusuke
Born in Tokyo in 1972. As a photographer and video director, Hishida covers borders and conflict zones in documentary photography and video works dealing with the ways in which borders affect daily life. He won Canon New Cosmos of Photography Award Honorable Mentions in both 2008 and 2010. His photo book border / korea (LibroArte), featuring photographs of people from both North and South Korea, was published in 2017 and was highly acclaimed for the conceptual and symbolic power of its images. In this exhibition Hishida primarily presents portraits taken in various locations worldwide, including from the video series 30sec, which focuses on ordinary people who fall outside the scope of mass media coverage.

Hara Hisaji & Hayashi Natsumi
Hara (born in Tokyo in 1964) and Hayashi (born in Saitama Prefecture in 1982) have been working together since 2013. After collaborating on the Today’s Levitation series starting in 2011, they moved from Tokyo to Kyushu in 2014, and are based in Beppu City, Oita, where they produce and exhibit works in collaboration. Their Gazing into the World series, primarily released via social media, consists of portraits of anonymous girls on the path from childhood to adulthood, with the urban scenery of Beppu as a backdrop.

Suzuki Mayumi
Born in Miyagi Prefecture in 1977, Suzuki produced the series The Restoration Will––i.e. the power of will to recover following a disaster. This series consists of scenes of her hometown of Onagawa, devastated by the tsunami during the Great East Japan Earthquake of 2011, shot through camera lenses belonging to her late father who ran a photo studio. It delivers a compelling message through deft composition and editing, including powerful incorporation of damaged photographs from the artist’s family album of photographs from her childhood. Here she presents highly lauded works that have won awards in Europe including the 2017 Photoboox Grand Prize (Italy) and the 2018 Photo Espana International Photography Book of the Year (Spain).

Suzuki Mayumi, The Restoration Will, 2017, Collection of the Artist