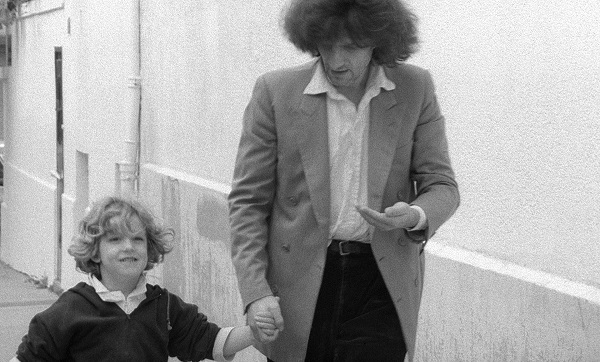 Mathieu, a film director, preparing for his new film, is heavily contested by his actress wife, Jeanne for giving the lead role to another actress.… A man and a woman, as a director and an actress, and at the same time a husband and a wife, a father and a mother of their son, continue to talk with suffering about the end of love and how they can keep the emotion of love. A love story directed by the French film director Philippe Garrel before his masterpiece “J’entends plus la guitare”. In this film, the conversation over the private life and the creation lasts endlessly, reflecting Garrel who continues to make dramas related to his personal story. The cast are Philippe Garrel himself and Brigitte Sy, his former partner and the mother of their son Louis Garrel, Louis Garrel, son and leading actor in France now, and Maurice Garrel, his father and a great actor. One of his greatest films over family in which the members of his real family play the roles of a family on the verge of falling apart. Marc Cholodenko, a poet and novelist, presents the possibility of love and the moment of the birth of a story through his dialogue. It was first time for Garrel and Cholodenko to collaborate in a film, and since then they have made many wonderful films together.


Gerard and Marianne, Martin and Lola, the two couples shared a house in a seaside town. After Gerard and Marianne had once ended their relationship, they start to live together again in Paris. But gradually, they get addicted to drugs and their life slides into dire poverty. Gerard finally decided to break off with Marianne and has a new family now. One day, he receives the announcing the death of Marianne…

A very personal love story directed by Philippe Garrel just after the death of NICO, his ex-wife. Life with NICO , the breakup, the birth of his son, and her sudden death… this film beautifully and brutally reflects the memory of the woman whom he loved once and the shock of her death. This story is extremely private, but the performance of the actors and the sophisticated dialogues lead this to the universal love story. This film won the Silver Lion at the Venice International Film Festival 1991, and remains as the masterpiece among Garrel’s prolific films from 1964 until now. Caroline Champetier, the director of photography, is one of indispensable person in the French film scene. Impressive dialogues written by Marc Cholodenko paint the dark and cruel story beautifully as his previous film “Les baisers de secours”.


Set in Paris during the Algerian war towards the end of the 1950s. Jean is a freedom fighter and his estranged wife Mouche tries to support him although he has his mind set on divorcing her. During the height of terrorism, Mouche is murdered by the ultra-right group OAS and Jean's struggle begins. Jean is in agony from remorse, but encounters an Algerian woman, Gémina.


Garrel himself took to the camera to film Jean Seberg, heroine of Godard's Breathless (1959), and Nico, the singer for the Velvet Underground and his wife, in this silent movie. Phillippe Garrel, who "holds a camera instead of a heart", regards this film as a leading work in the era of the Underground.

University Philosophy teacher Gil lives with his student Marianne. One day his daughter Jeanne, who has been dumped by her lover is feeling self-destructive and winds up staying with them. Jeanne and Marianne, both the same age, confide secrets - about love, about sex - things they are unable to reveal to Gil, which leads to a peculiar bond akin to accomplices. Each seeks love from Gil, as a father and as a lover, and emotion more than friendship develops between the two.